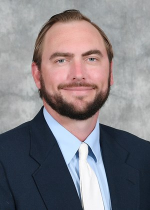 In his fourth season, Zazenski led the Dukes to one of their best starts to the season since 2004 before finishing 11-5-1 and third in the standings in the CAA with a 5-3 record in league play. The Dukes received votes or were ranked inside the United Soccer Coaches Top 25 Poll every week except for one, being ranked as high as 15th in the country. They were awarded with six players named to the All-Conference Team, with three placed on the First Team.

The Dukes were ineligible for postseason play in the fall due to conference realignment.

Zazenski's third year at the helm was during a shortened spring 2021 season, earning his second CAA Coach of the Year honor as he guided the Dukes to a 5-1-3 overall record and 4-0 in CAA play, becoming the third season in program history where the Dukes never lost or tied a conference game. The Dukes took their regular season conference play into the playoffs, winning their third consecutive conference title and making their 15th NCAA Tournament appearance.

Zazenski and his staff earned Atlantic Region Staff of the Year honors from United Soccer Coaches for the second time in three years, as the team either received votes or were included in the top 25 in every Coaches poll during the spring. The Dukes were ranked as high as seventh in the nation in the national weekly polls.

Under Zazenski, the Dukes received Defender and Rookie of the Year honors from the CAA, and had seven players on All-Conference teams. They earned success across the state of Virginia as well, having earned Defensive Player and Rookie of the Year honors and placing five on All-State teams. From the tutelage of Zazenski, JMU saw two players drafted in the MLS SuperDraft for the first time ever.

In his second season at the helm of the Dukes, Zazenski guided JMU to another 11-win season, winning the program's seventh CAA championship. The Dukes went on to host a first round match of the 2019 NCAA Tournament. The match at Sentara Park was the first for the venue and was the first time that JMU hosted Men's Soccer NCAA Tournament matches since 2011.

In his first year at the helm, Zazenski was named the Colonial Athletic Association Coach of the Year after leading his team to the 2018 regular-season title and the program’s sixth CAA championship. The Dukes went on to play in the 2018 NCAA Championship where they reached the Quarterfinals for the first time since 1995.

Zazenski and his staff were named the Regional Staff of the Year for the Atlantic region by United Soccer Coaches while five student-athletes earned All-Atlantic Region honors after posting a 15-5-3 overall record in the 2018 campaign. Fifteen wins on the season inks Zazenski in the record book as the winningest first-year coach in JMU men’s soccer history. He was also named the Eastern College Athletic Conference (ECAC) Coach of the Year and the VaSID Coach of the Year.

Under Zazenski’s leadership, JMU made it in to the United Soccer Coaches Poll for the first time since 2011, earning a spot at No. 25 on October 23. The Dukes were recognized in the poll for six straight weeks. Following a stellar year, James Madison finished the season ranked No. 8 in Top Drawer Soccer, No. 9 in College Soccer News and No. 10 in the United Soccer Coaches Polls.

Before being named head coach on August 8, 2018, he had been the associate head coach and an assistant coach of JMU men's soccer since the 2015 season, coordinating aspects of both program operations and player development. In 2017, Zazenski helped the Dukes to a 9-7-3 overall record and 5-1-2 in CAA play to take the regular-season conference championship. JMU captured a program-record eight players on the All-CAA teams, headlined by Manuel Ferriol earning a spot on the First Team.

Zazenski came from the University of Great Falls (Providence) where he had served as the head men's soccer coach for the past five seasons and earned an impressive 70-23-4 record. He has led the team to four conference championships, two NAIA National Tournament appearances in 2010 and 2011 where his team advanced to the Sweet 16 both times. He was recognized as the conference Coach of the Year three times, including this past season, and was named NAIA Regional Coach of the Year and National Coach of the Year Finalist in 2010 after a 16-4-1 record. His teams have been ranked in the NAIA Top 25 during four seasons while also coaching at least one NAIA All-American in each of those four seasons. His teams also were successful in the classroom, sporting a cumulative team GPA of at least 3.2 for the past four years and ranking as the top NAIA school with nine Academic All-Americans in 2014.

In addition to his college duties, Zazenski spent six years as the head coach of the Montana United Showcase U16 and U19 teams that developed players from all over the state. He also worked as the Electric City Soccer Club Director of Coaching from 2011-2013.

Prior to his time as head coach at Great Falls, Zazenski served as the top assistant with the program, with specific duties regarding goalkeeper coaching and recruiting. Prior to that, he spent three years as a high school soccer coach at Southwest Guilford High School in Jamestown, North Carolina.

He earned his bachelor's degree in exercise, sports and science from UNC Greensboro in 2005 and finished his master's in organizational development with a management concentration in 2013 from Great Falls. He and his wife, Donna, have two sons, Calen and Davis, and a daughter, Cora. 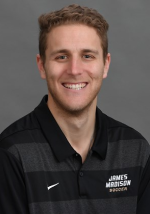 James Madison head coach Paul Zazenski announced on March 5, 2020 the addition of Charlie Hubbard to the coaching staff as an assistant coach.

"We couldn't be more excited to add Charlie Hubbard to our men's soccer staff,” said Zazenski. “Having known Charlie from the recruiting trails there is no doubt we are getting a quality individual and extremely qualified coach. Charlie's DI head coaching experience will serve the program well both on and off the field. He also has his USSF 'B' license which shows his dedication to coaching education. I am confident he will fit perfectly into the future of JMU men's soccer and we are fortunate to have him.”

Hubbard comes to Harrisonburg after spending the last four seasons at VMI, where he was the head coach during 2019 season. He served as associate head coach for the first three seasons while at VMI, recruited 41 players over the last three years and helped guide the Keydets to its best season in five years.

“First and foremost, I would like to thank JMU athletics coaches and administration for providing me with this fantastic opportunity,” said Hubbard. “I am very excited to join the JMU coaching staff and become a member of this University. JMU has an excellent energy and culture, as well as a fantastic soccer program. I look forward to contributing to the JMU campus community and the men's soccer program in every capacity.”

Before heading to Lexington, Hubbard was an assistant coach on the men’s soccer team at Dallas Baptist University. He served in that capacity for the 2014 and 2015 seasons, where he helped recruit and develop the team as it played its way to the best season in program history.

Hubbard began his coaching career by spending the 2013 season as assistant coach on both the men’s and women’s soccer teams at Thomas More College in Crestview Hills, Ky. While there, he assisted both programs as they qualified for the Division III Tournament and aided the women’s program to consistently be ranked in the top 25 and reached its first-ever Sweet Sixteen.

Hubbard is a 2013 graduate of Palm Beach Atlantic, earning a bachelor’s degree in biblical studies. He also earned his master’s in sport management from Dallas Baptist in 2016. 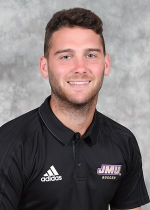 During his first season as an assistant coach, Nicholas Melville helped the program to a 15-4-3 overall record while winning the 2018 regular-season Colonial Athletic Association title, 2018 CAA Championship title and a Quarterfinal appearance in the 2018 NCAA Championship for the first time since 1995.

After a stellar 2018 season, the soccer staff was named the Regional Staff of the Year for the Atlantic Region by United Soccer Coaches. James Madison finished the season ranked No. 8 in Top Drawer Soccer, No. 9 in College Soccer News and No. 10 in the United Soccer Coaches Polls.

"We are excited to have Nick join our staff full time for the 2018 season," Zazenski said. "Nick joins us with a solid playing background, as he was part of a national championship team at Iowa Western College and then transferred to the University of Cincinnati where he started all games as a Bearcat. He is a great up-and-coming coach who has impressed me greatly in his very brief time as a volunteer assistant. He is willing to do whatever it takes to make it in the coaching world and his professionalism goes well beyond his years."

Melville made the leap from athlete to coach, coming to JMU at the end of July as a volunteer assistant coach. In a matter of weeks, Melville was given the full-time position.

"First and foremost, I would like to thank Coach Paul Zazenski for giving me this opportunity and trusting me to help push the standards in place for JMU men's soccer, both on and off the pitch," Melville said. "I am eager to embrace my role as an assistant coach and I look forward to playing my part in helping this program achieve continued success."

Melville began his collegiate career at Iowa Western where he helped the program to a 48-0 record over the course of his two seasons, winning the National Junior College Athletic Association Division I national title in 2013 and reaching the semifinals in 2014. His postseason performance was recognized in 2014 as he was named to the NJCAA National Tournament All-Tournament team. In his two seasons as a Reiver, he scored 11 goals and tallied six assists.

After a two-year stint at Iowa Western, Melville transferred to Cincinnati where he started every game in 2015 and 2016. In his 37 games as a Bearcat, he tallied nine points from two goals and five assists.

Melville graduated from Cincinnati in 2017 with a bachelor's degree in communications. He received 2018 preseason invites from FC Cincinnati and Bethlehem Steel FC of the United Soccer League and chose to play for FCC. 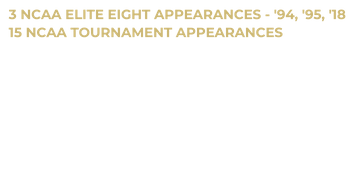 Paul Zazenski Soccer Camps are open to any and all participants; limited only by age, grade level, and/or gender.